"It’s an age of invention. Brilliant minds and orichalcum, a powerful mineral found deep in the oceans, triggered a new industrial revolution.

It’s an age of exploration. Countless submarines roam the oceans in a scramble for the underseas, driven by thirst for orichalcum.

It’s an age of tension. Major powers are facing each other in a cold war stance – but what happens under the seas stays forever at the bottom of the seas.

It’s an age of danger. Century-old seamen’s tales of creatures, treasures and mysteries are only the proverbial tip of the iceberg.

It’s an age of hope, for oceans are mankind’s next frontier.

It’s an age of despair, for no one will hear you deep below.

It’s the age of submarine crews."

Download the ebook for free: PDF format or epub format. 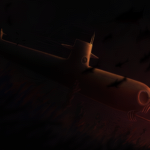 “Everythin’ stable, cap’n. We’re a wee bit deeper ‘an we should be, but she’ll hold jus’ fine,” the engineer’s voice said through the radio. “Many thanks, Buchanan.” Despite the reassuring tone of his mechanic, the loud creaking noises coming from the hull of his ship were still worrisome to Captain Winston Grey. The ISV Scion of Albion was not originally made to get to such depths. His men were quite handy and their modifications had made her much more than she was designed to be, but… 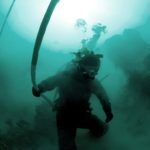 The waters of the pole were as dark as they were cold. Such a chill could seep and ooze through the hull of any ship on God’s blue Earth, and it could send a shiver down the back of any man of the sea, as rugged as he was. Daring, full-hearted, red-blooded Virginians certainly were no exception, as rugged as they were. The radar operator of the Outrider, a small bucktoothed fella, sneezed loudly. “No sign o’ the wreckage cap’n,” he said as he wiped his runny nose with his sleeve. Captain Waylon Whitman was a tall man with broad shoulders and long thinly muscled limbs. His greying hair and mustache gave his lined face an air of quiet severity, and in his gaze, there was the alertness of an old wolf that had dodged the antlers of many a charging bull moose. “What’s wrong, Nielsen?”… 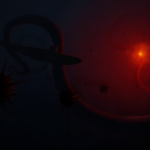 Half past two. They were just over twelve hours late, and their captain was nowhere to be found. During the day, the eastern docks of Far Coast were full of traders and miners, and all sorts of contractors and independent transporters, and even a few mercenaries. At that time of the night though, there were only bawdy drunks that the all too numerous inns and taverns vomited on the boardwalks, and who in turn vomited the mostly liquid content of their stomachs on said boardwalks. Like in most ports, these establishments’ own ill repute was barely better than that of their unsavory patrons. There was a sort stinking miasma floating about, a noxious cocktail of rotten fish, oil, gas, cheap liquor, mould, and the ever-present stench of slimy algae and hull-hugging barnacles. If only he had not been looking for the drunkest among them… 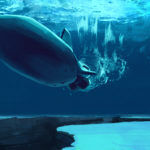 “I say, Atkinson, there’s nothing more beautiful than the sun rising over the Mediterranean.” “You’ve been sayin’ tha’ since we passed Gibraltar, Cap’n, though I must admi’ i’ doesn’ make much of a difference to me.” They were sitting on the hull of their ship, enjoying their frugal breakfast of porridge and biscuits. The first lights of the day were grazing the surface of the water as the waves lazily hit the flank of the three vessels. The sea had not yet started to get agitated, and the morning was peaceful and tranquil. The only sound that they could hear was the uninterrupted lapping of the water, and they were in no hurry to replace it with the grinding and roaring of the engine. 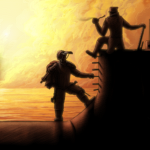 “Long night, Vincent?” asked Commander Durand as he entered the bridge. “Not overly, Sir,” the young officer said, standing at attention and barely holding back a yawn. It was the man’s first night shift, and he still had a few minutes to go. Durand patted him on the shoulder. “At ease, Lieutenant. You know, we have a great blend of exceptional Yemeni coffee with which I deem it wise that you get keenly acquainted,” he said raising his cup at him. “Aye, Sir. I’ll consider it.” Durand examined the instruments: they were perfectly on course. “Ensign, anything on our sensors?”